In May of 2013, at the end of the semester, another round of the Controls class was happy to participate in the "smashing of the duct" ritual.  First up was Joel Ramirez, with the saw, followed by Barry Hill, with the crow bar: 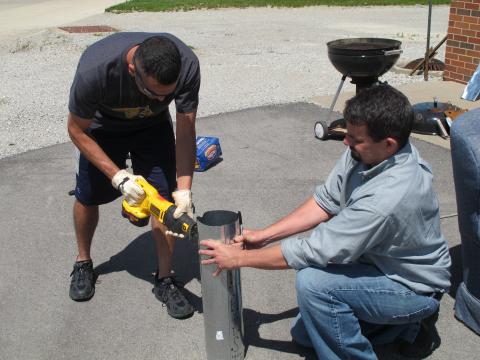 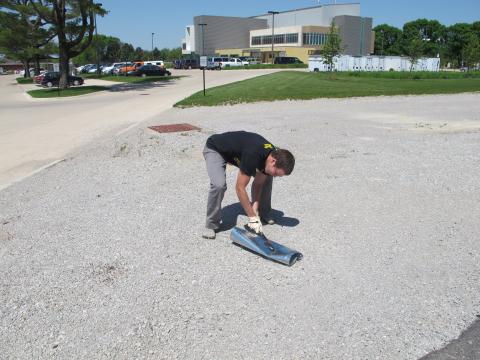 Ben Getschman's crowbar flattened the duct.  Next, Kelsie Reeve attempted to use the crowbar, but quickly switched to stabbing with the fence post. 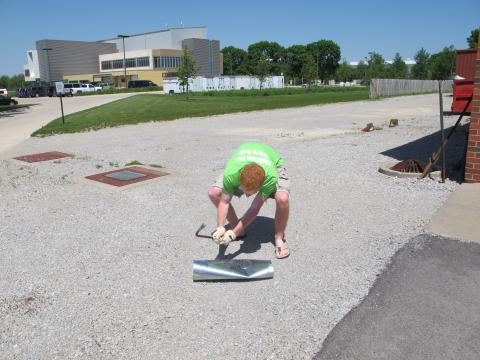 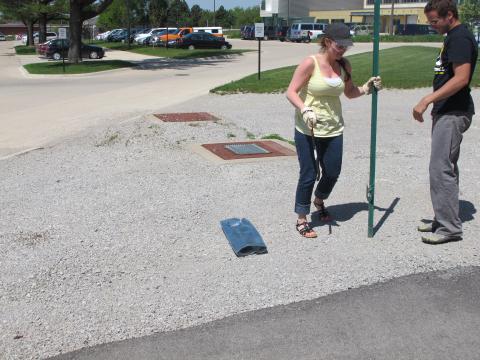 Jessica Mills followed, with more than one whack of the crowbar. 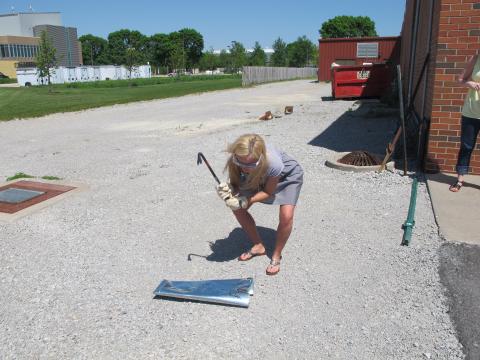 Mike and Maddie didn't really have much left to work with, but blows were made. 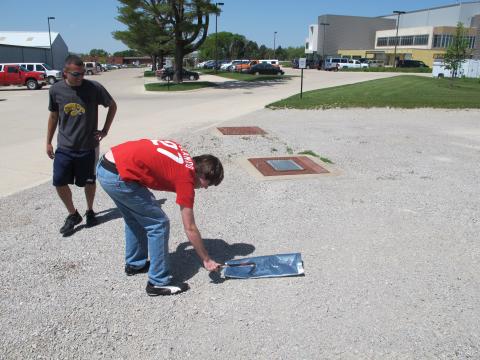 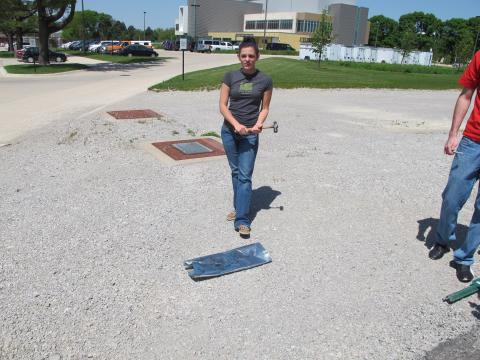 Adriane thought it needed one more stab, and the job was done. 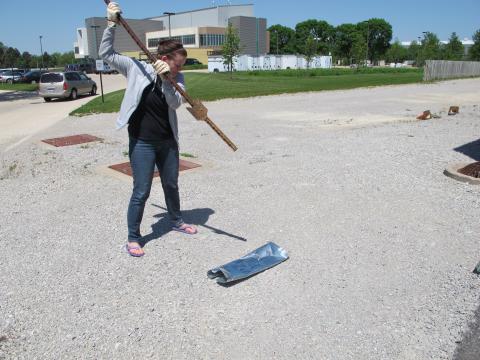 Finally, with smiles on their faces and the food on the grill about cooked, time for the end of year photo. 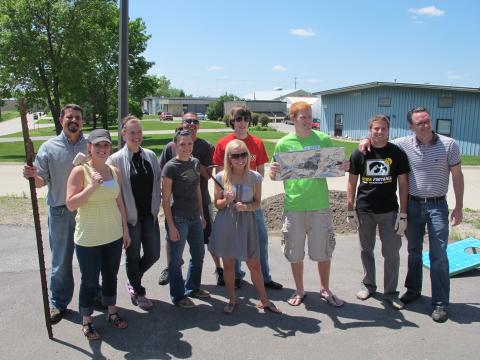