Students and faculty gathered at IREH to celebrate the end of the Spring 2016 semester, prepare for AIHce 2016, and participate in the ceremonial pennant hanging. 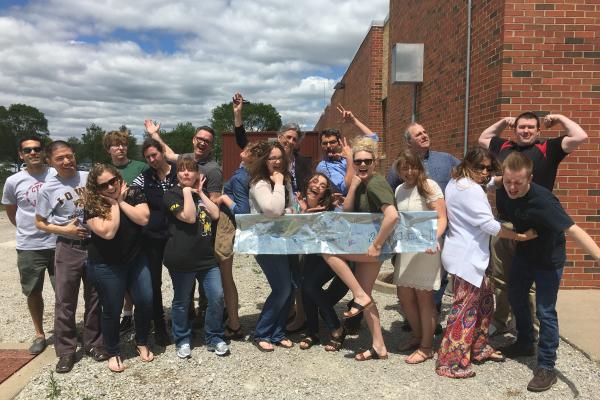 First up was the traditional duct smash to signify the end of Ventilation Controls class. Duct smashing has been a tradition for UIowa students since 2010. It is a great way to get out residual aggression from finals and group projects. Once the duct was sufficiently flattened, students signed the duct, forever commemorating their participation. 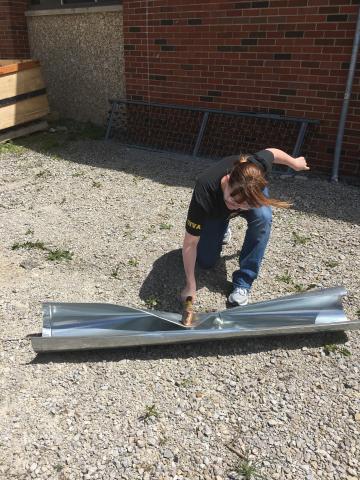 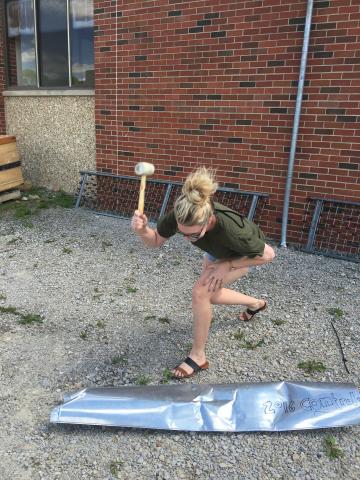 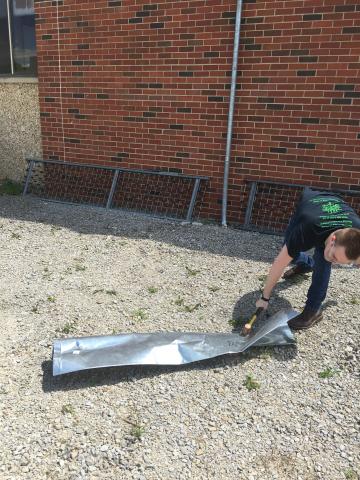 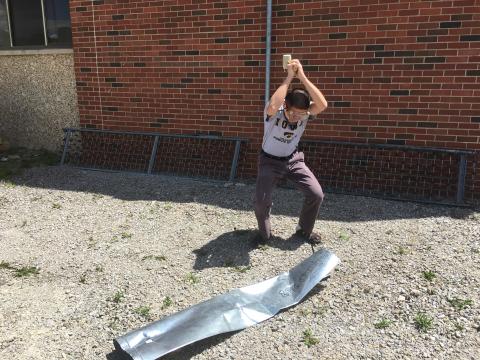 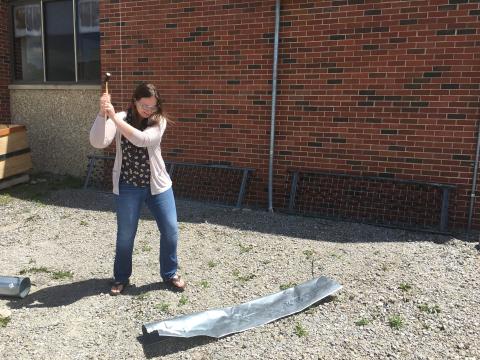 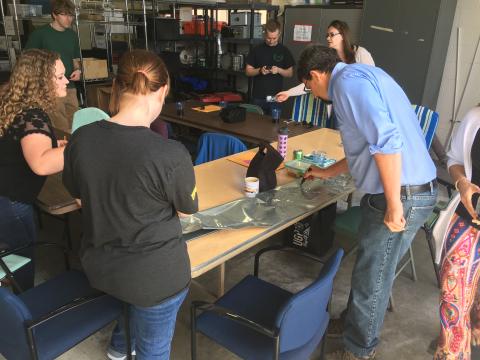 Next up was the ceremonial pennant hanging for all program graduates. Pennants hang in the lab at IREH, commemorating the student's time in the program. This year, we celebrated the accomplishments of four students: 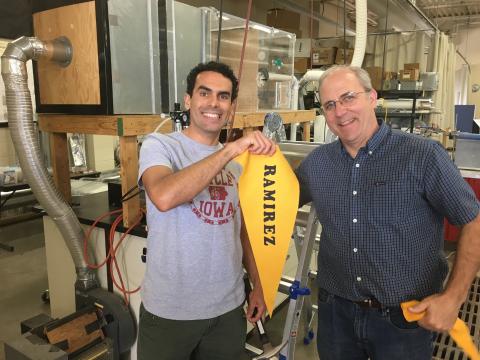 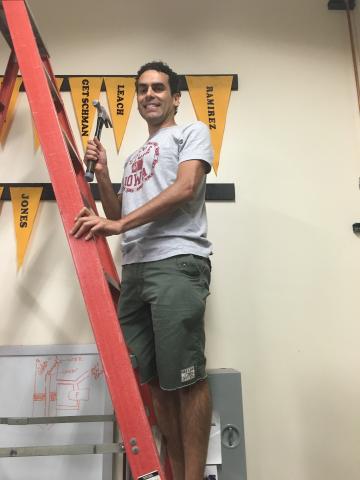 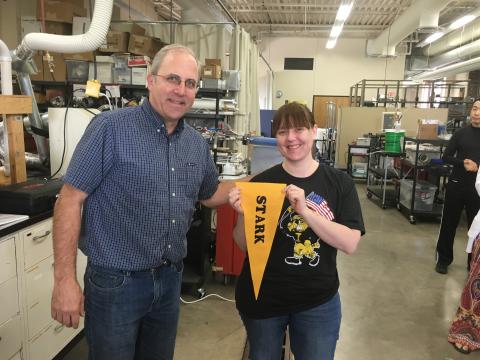 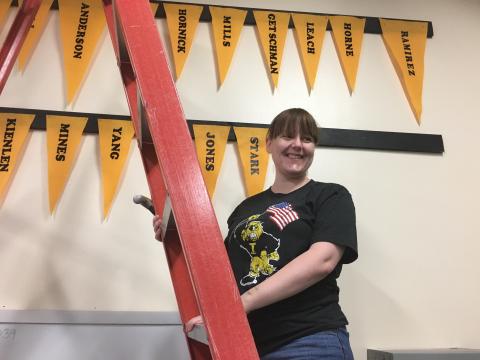 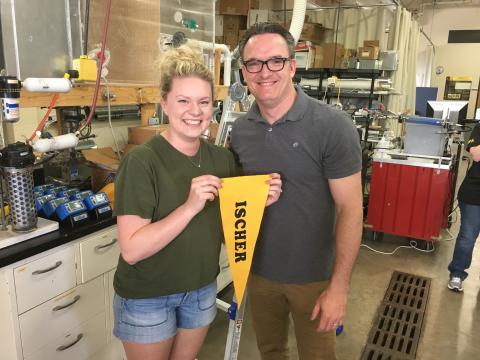 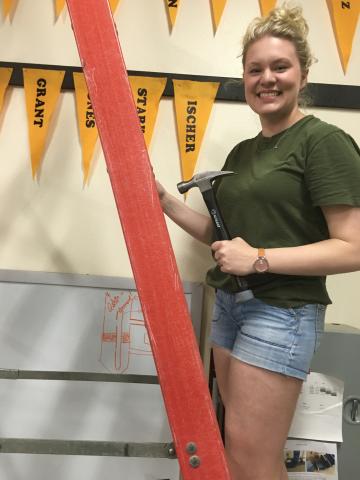 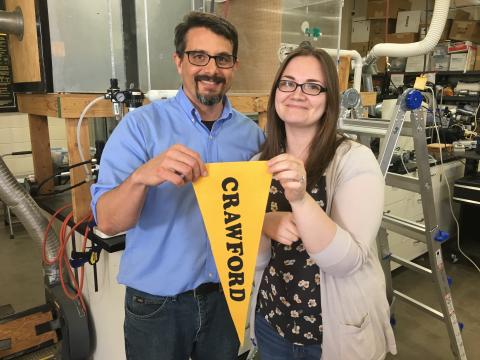 Congratulations to all of the 2016 program graduates! Thank you to all who donated food and time to make this celebration a success.